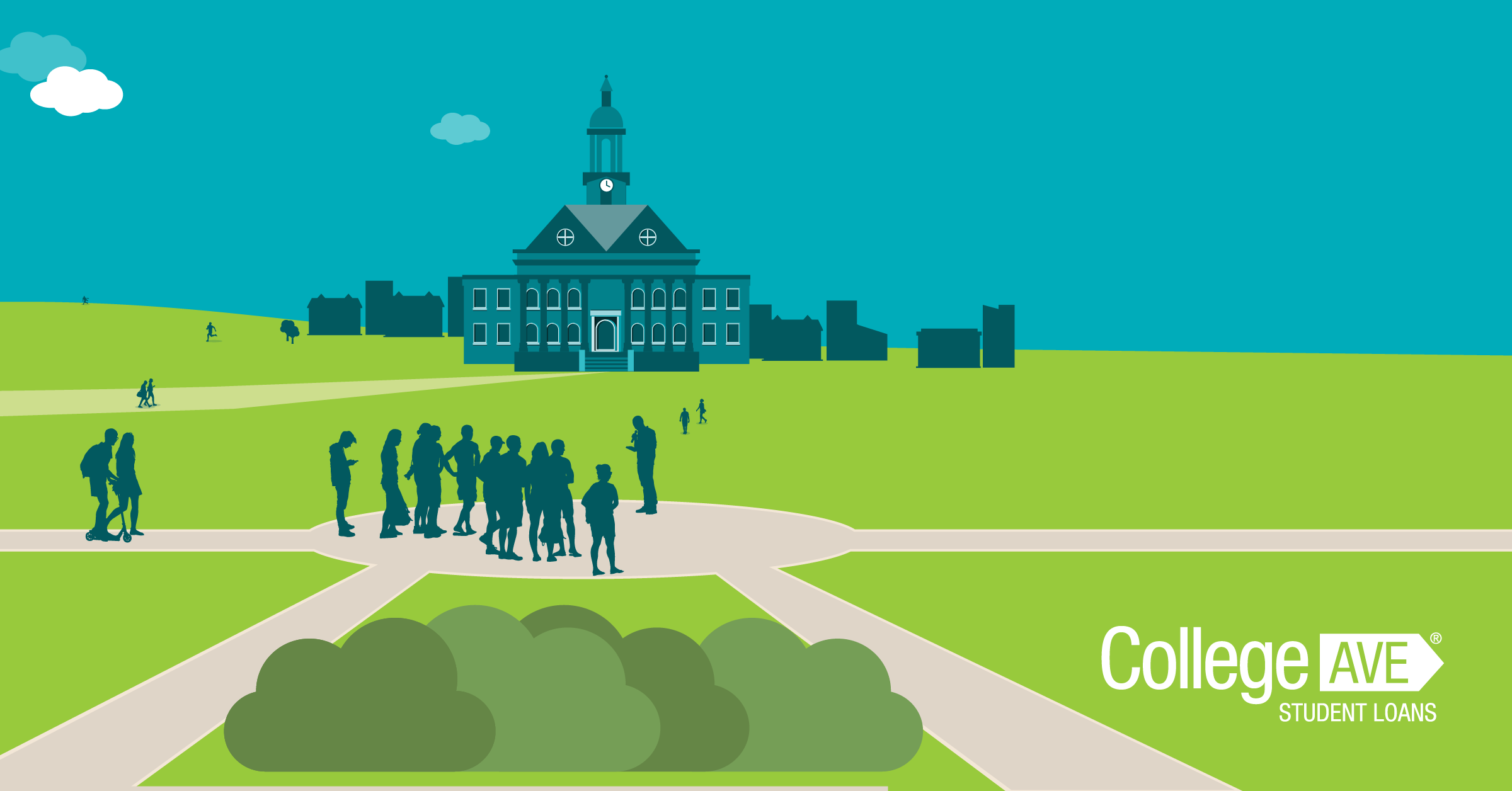 From New College to King’s College: Do you recognize the original names of the Ivy League universities?

For many high school students, acceptance into the Ivy League is considered the ultimate mark of success, achieved by only about 3% to 7% of applicants, depending on the school. The eight schools within the Ivy League have hundreds of years of combined history, and the “newest” one cropped up the same year Abraham Lincoln died.

The term “Ivy League” was not coined until 1954, when the respective college presidents agreed to create an intercollegiate athletic conference that extended to all sports. The athletic conference is what officially ties them together, and some of the schools have had a spot on the national stage, including more than two dozen March Madness appearances for the Princeton Tigers and five for the Harvard Crimson.

What we commonly now call the various Ivy League schools are, in large part, not the names by which they were founded. Over the years, several of these prestigious schools have been renamed. College Ave examined historical documents and timelines of the Ivy League universities to compile a list of their original names when they were founded. 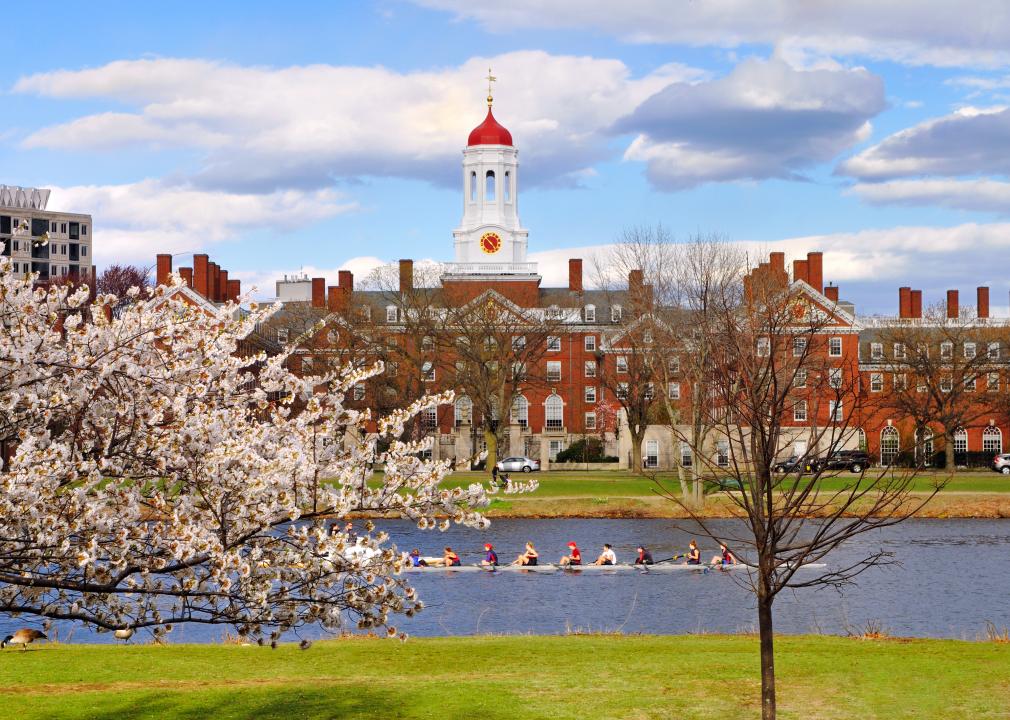 Harvard University was called New College upon its founding until it was renamed in honor of Rev. John Harvard, whose personal library and half of his estate were endowed to the institution following his death three years later. By any other name, Harvard still bears the distinction of being America’s oldest learning institution, followed not-so-closely by The College of William & Mary, which was established over 50 years later.

Harvard was originally established to educate the clergy. In 1782, it added medical studies to its offerings, then divinity in 1816, and law in 1817. Several other programs were created during the 19th century and more followed suit. No buildings from the university’s earliest days remain, but their locations are labeled with brass markers. Massachusetts Hall, built in 1720, is the school’s oldest standing building, and Wadsworth House, built in 1726, is the second oldest. 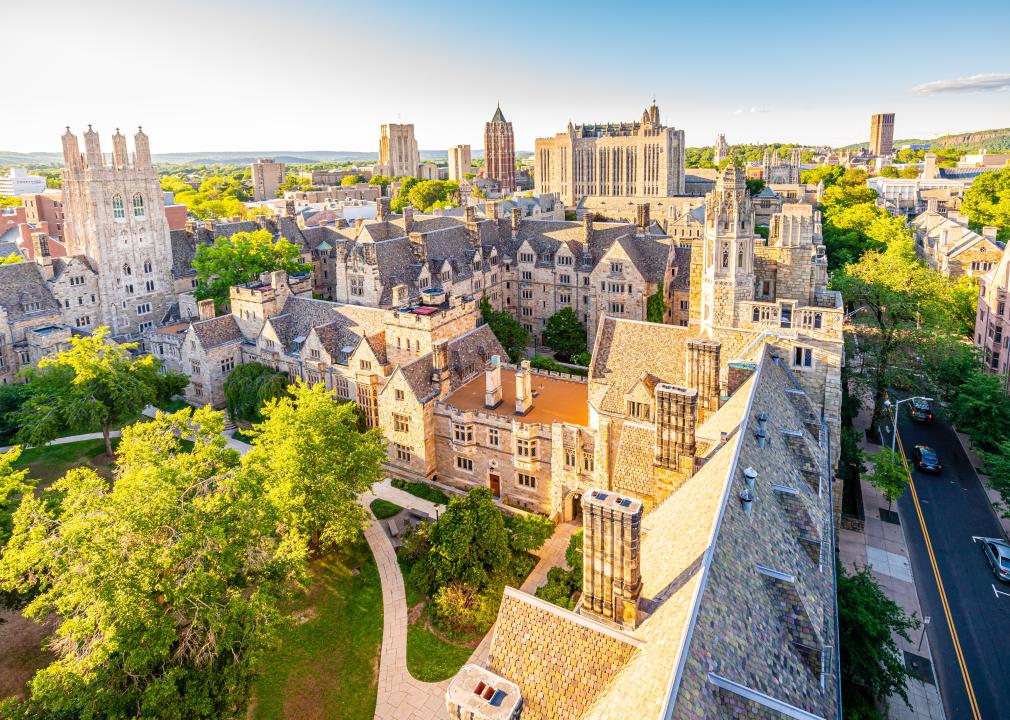 In the 1640s, a group of clergymen came together to establish a college inspired by Europe’s institutions for liberal education. According to the university’s website, the Connecticut legislature in 1701 erected the institution as a “Collegiate School,” which would later become Yale College in 1718, named after a Welsh merchant called Elihu Yale. Yale made generous contributions to the school, donating over 400 books in addition to an illustration of King George I.

The Yale Bulldogs are rooted in Handsome Dan, Yale’s mascot since 1889. Then-student Andrew Graves saw Handsome Dan sitting in front of a New Haven blacksmith shop and purchased him from the shop owner for $5. Since then, Yale has maintained a live bulldog mascot. Its current one, Handsome Dan XIX, was born on Jan. 2, 2021 and adopted on March 18, 2021.

After a group led by Nathaniel and Rebekah FitzRandolph deeded 10 acres in the town of Princeton, New Jersey, to the college in 1753, and following the completion of Nassau Hall three years later, the college officially moved from Newark to Princeton, though its original name remained intact. There is evidence that the school was informally referred to as “Princeton” as early as 1853. Further research, as noted by the university’s website in 2014, has found a record of the college being referred to as “Prince-town college” in 1756, immediately upon its establishment in the townmeaning, in some respect, Princeton was Princeton from the very beginning of its establishment there. 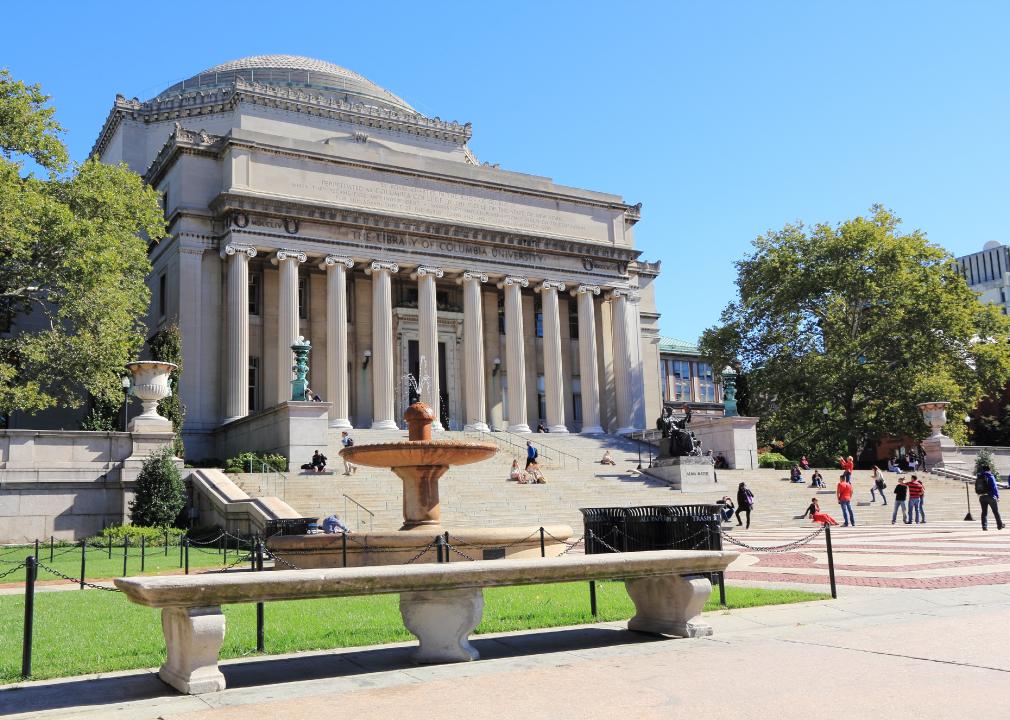 King George II of England granted a royal charter to create King’s College in 1754. From its first class of eight students, the institution educated the leaders of colonial society as well as some who had major roles in establishing the nation. Alexander Hamilton, John Jay, and Robert Livingston were among some of King College’s first students and trustees.

After an eight-year hiatus due to the American Revolution, the institution was renamed Columbia College in 1784 in patriotic reference to explorer Christopher Columbus; 112 years later, Columbia College would become Columbia University. Today, it’s the oldest institution of higher education in New York state and the fifth oldest nationwide. 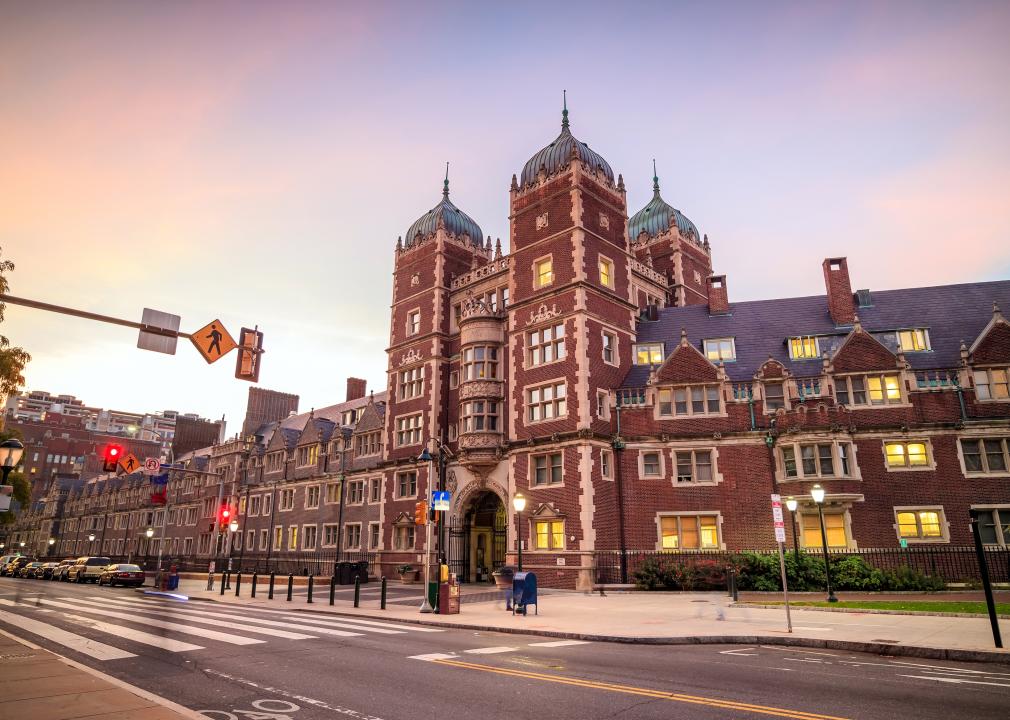 Founded: 1755
Founded as: College of Philadelphia

As the brainchild of Benjamin Franklin, the College of Philadelphia was meant to educate the business and governing class rather than the clergy, setting it apart from other colleges established at the time. Franklin fleshed out his idea further in his 1749 essay “Proposals Relating to the Education of Youth in Pensilvania,” and many of his ideas on education remain tacitly part of the basis for what liberal education in America is now.

Founded: 1764
Founded as: College in the English Colony of Rhode Island and Providence Plantations

By 1762, there wasn’t yet a college in the colony of Rhode Island. Rev. Morgan Edwards, moderator of the Philadelphia Baptist Association, promoted the college’s founding, selecting Rhode Island as its likely home since the colony had been settled by Baptists and was still largely governed by them.

PBA representative James Manning met with a group of Baptists in the home of Deputy Governor John Gardner in Newport, Rhode Island, in 1763 and a plan for the college was soon accepted. A charter for a college or university in the English Colony of Rhode Island and Providence Plantations was granted in March 1764, and Manningan alumnus of the College of New Jersey, now known as Princetonwent on to be the college’s first president.
It was known as Rhode Island College until 1804, when it was renamed Brown University for Nicholas Brown, an alumnus (1786) and the son of the elder Nicholas Brown, one of the college’s treasurers, builders, and benefactors. 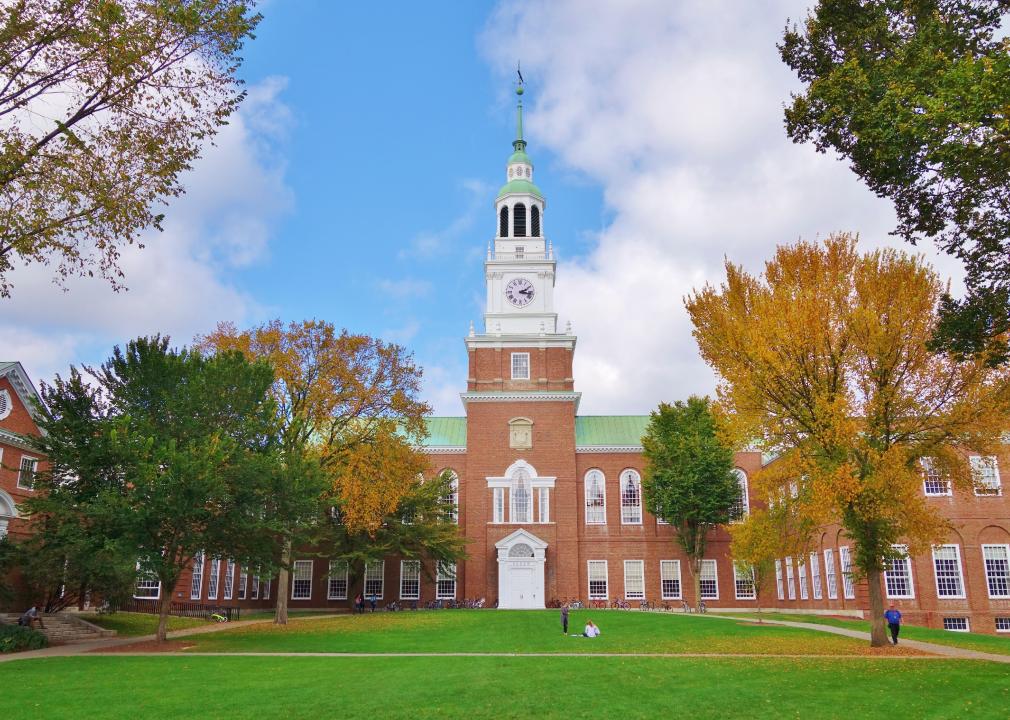 Dartmouth’s namesake had very little to do with the college’s creation. The college’s founder, Eleazar Wheelock, a Yale graduate, originally intended to name the college Wentworth after Royal Governor of New Hampshire John Wentworth, but Wentworth himself persuaded him to name it Dartmouth in hopes of winning favor from England’s Earl of Dartmouth.

Ironically, the Earl of Dartmouth, William Legge, was neither interested nor in support of the college. Nonetheless, the school has produced a class every year since 1771 and is the only American college to do so, according to the Dartmouth Review, as the Revolutionary War, the War of 1812, and other conflicts periodically disrupted studies at other schools. It has graduated seven MacArthur Fellows, three Nobel laureates, and dozens of politicians and successful executives. 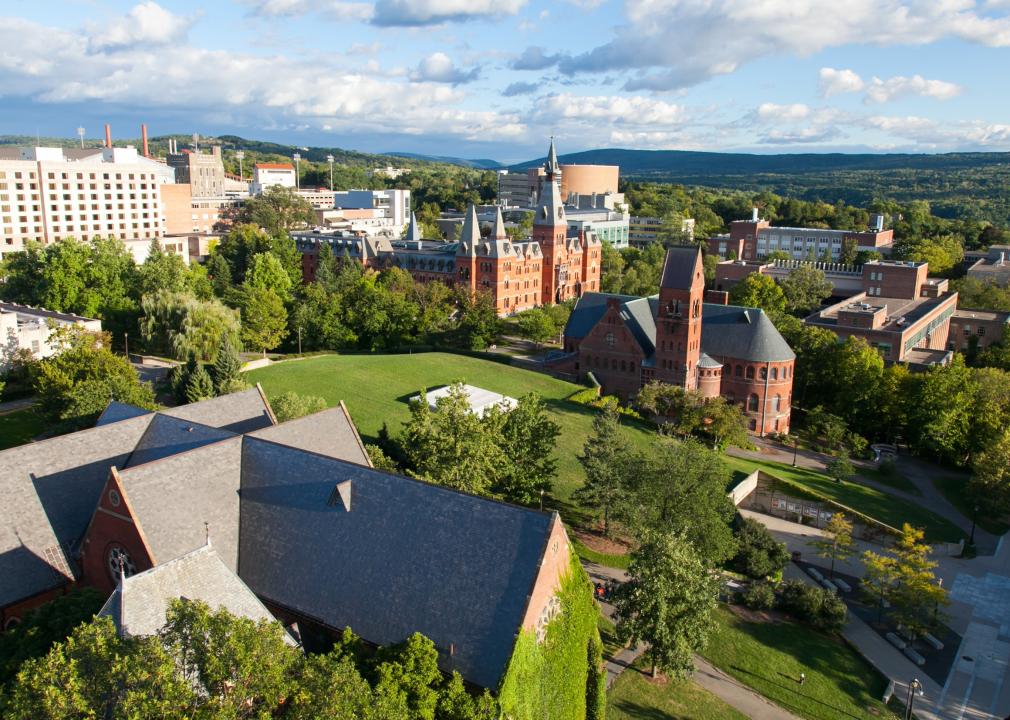 New York state Sen. Ezra Cornell is and has always been the namesake of Cornell University, which was established through a bill chartering it as the land-grant educational institution for New York. Cornell offered his farm in Ithaca, New York, and endowed $500,000 of his own fortune to build upon, with fellow state Sen. Andrew Dickson White agreeing to serve as the institution’s inaugural president. White, a graduate of Yale, provided a foundation for the university’s library with 30,000 of his own volumes. Due largely to White, the university library features the most extensive collection in North America on European witchcraft and America’s founding collection on the abolitionist movement.

Cornell is the only Ivy League school that’s a land-grant institution, a college or university focused on agriculture and the mechanical arts as depicted by the passage of the Morrill Act in 1862. Land-grant institutions educate the next generation of farmers and are the backbone of a national network of agricultural extension and experiment stations.

Gabrielle Saulsbery has covered businesses of all types and sizes, from Fortune 500 food companies to one-woman-shop shoe and stationary makers, for the better part of the last decade. Her work can be found in NJBIZ, Blue Ridge Outdoors, Upstate Business Journal, and Modern Farmer, among others. 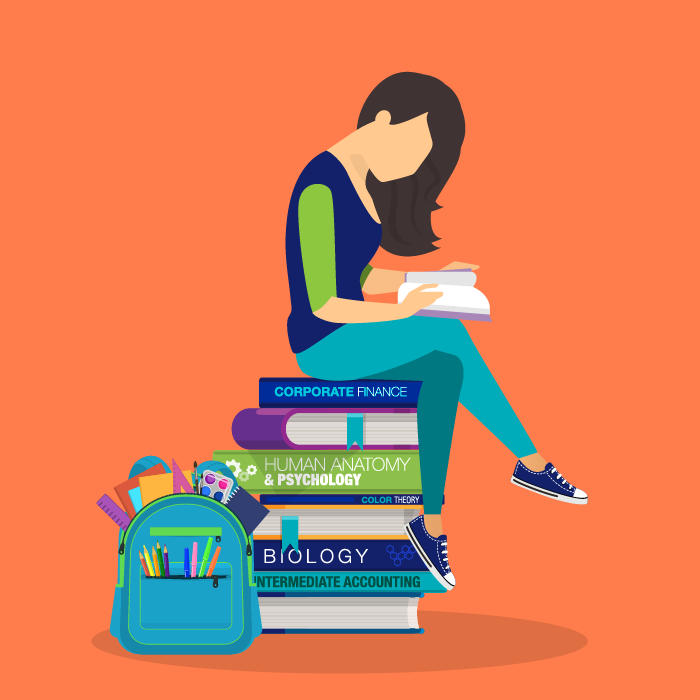 What Can Student Loans Be Used For? 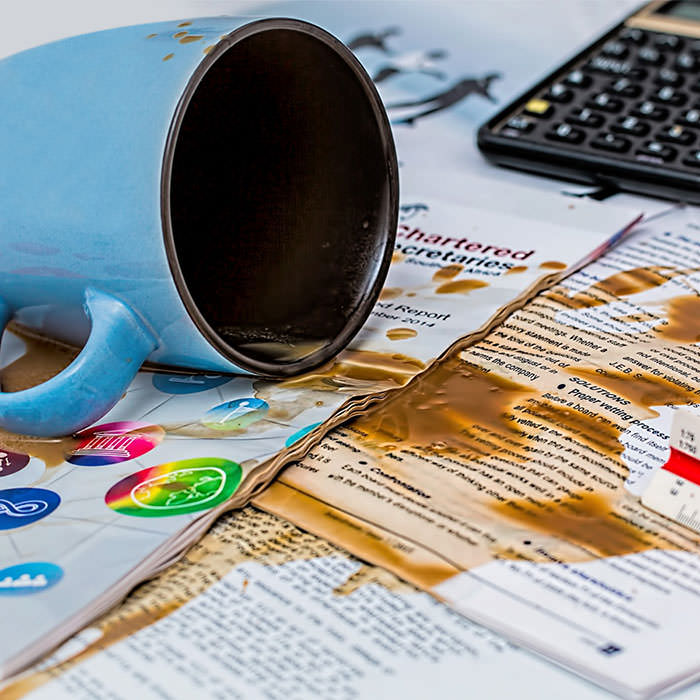 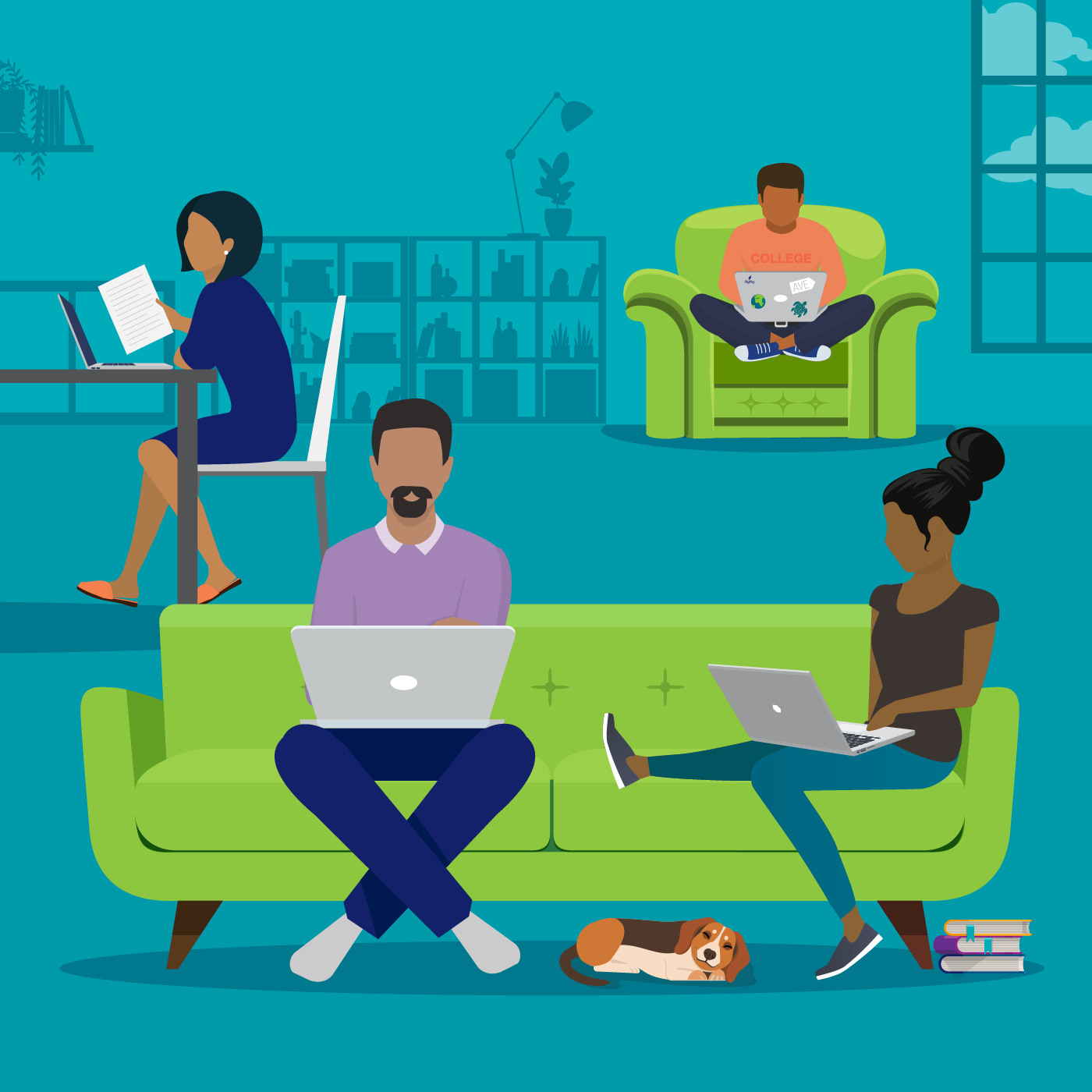 How Students & Parents Can Work, Study, and Live Together