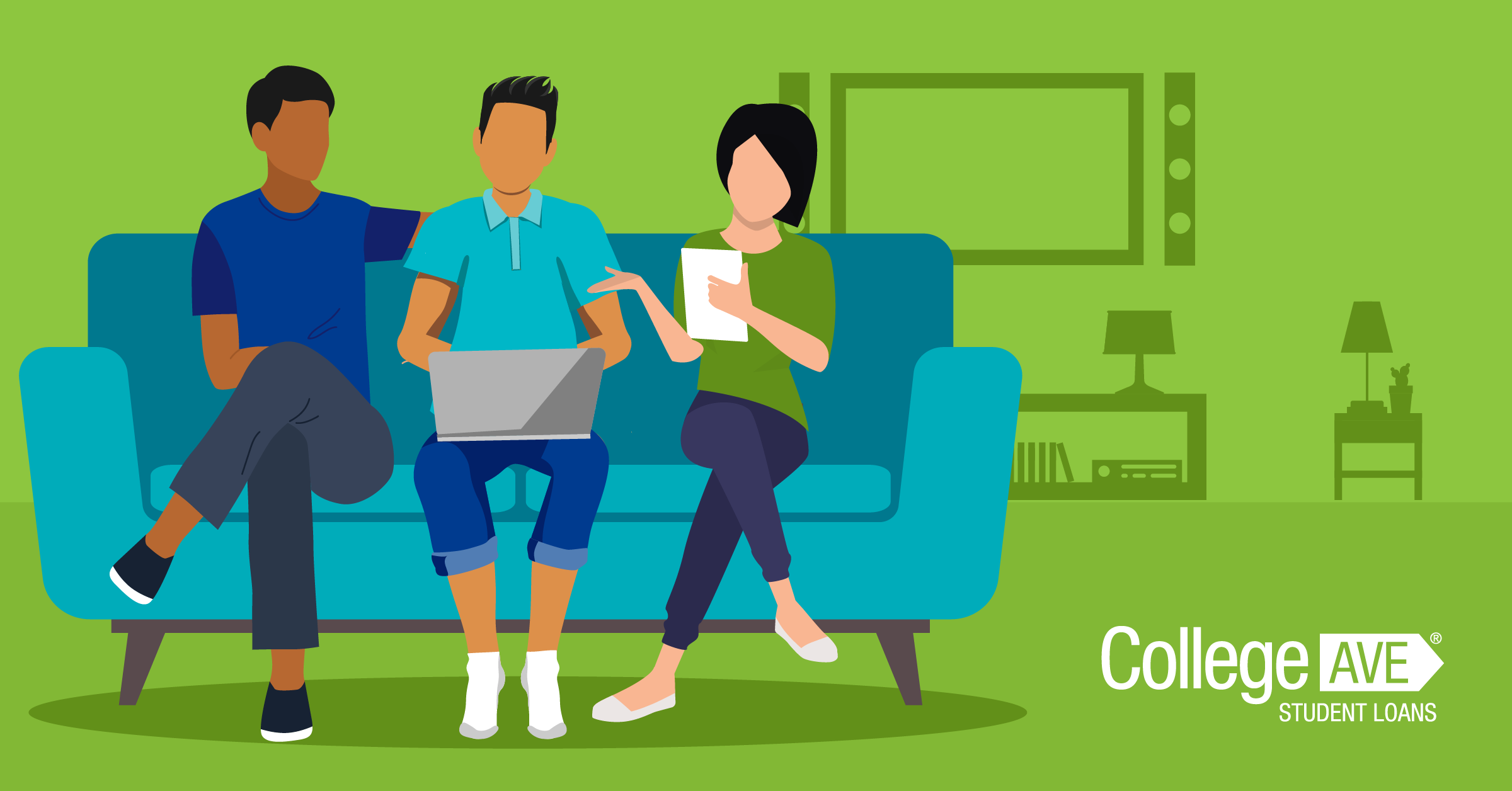 Children chipping in for college costs is a reality for many families.  Not all parents can or want to cover the full cost of college, and many must prioritize their own savings goals. After all, most families only have so much extra cash to go around, and you can’t take out unsecured loans for retirement like you can for a college degree.

How Some Parents Are Sharing the Costs

Telling kids they are on their own (or partially on their own) when it comes to paying for higher education can be tricky. This is especially true if you haven’t had a lot of conversations about money with your children.

If you’re looking for ways to break the news that, yes, your child will have to chip in for their college education, there are plenty of strategies to consider. We asked parents how they plan to split college costs with their kids, and here are their ideas:

1. Give Kids a Budget

Certified Divorce Financial Analyst and Certified College Finance Counselor Victoria Lowell says that, when it came to paying for college for her two daughters, each of them was given a budget for how much of their college would be covered. The deficit was on them, she says, which gave them an incentive to make smart decisions when it came to picking a school and finding other forms of financial aid.

Lowell, who also authored the book Empower Your Worth: A Woman’s Guide to Increasing Self-Worth & Net Worth, said this worked pretty well for her family. One of her daughters took out a small amount of student loans and worked while in college. Meanwhile, the other daughter received a lot of merit scholarships to make up the deficit. She is also looking for a job so she can have some extra cash for living expenses.

“I firmly believe the conversation about paying for college and contributions towards tuition should happen when the child starts to put together a list of colleges, hopefully the beginning of sophomore year of high school,” says Lowell. “Our decisions to ask our daughters to contribute was not an easy one, but we felt that it gave them accountability in the school selection process.”

Walter Russell, who runs the advisory firm Russell & Company, says that his state of Ohio offers some benefits when it comes to saving money on college. Specifically, kids in Ohio can begin taking college courses at the age of 14 and while they’re still in high school.

“This does require additional work, but children can start college being a sophomore or possibly a junior by using this program,” he says.

Beyond taking prerequisite courses during high school, Russell says he plans to encourage his kids to go to community college first since this is a much more affordable way to get through part of school without breaking the bank.

From there, their college credits will be transferred to another college like Ohio State, he says.

Finally, Russell says he believes kids should live at home and take online classes or commute to campus, which can save significant sums of money on room and board.

“There is no need for children to waste money living on campus,” he says. “This will prepare them for the real world.”

Freelance writer Rebecca Lake says that, as someone who took longer than the standard 10 year repayment term to pay off her student loans, she is serious about helping her kids avoid debt. Lake is a single mother of two kids who are currently approaching college age, and she has been actively saving for them in 529 college savings plans for a long time as a result.

However, Lake does expect her kids to chip in when it comes to finding ways to cover higher education, and that includes applying for as many scholarships as they can. However, she also expects them to get some type of part-time job, side hustle or side business to pay for their living expenses if they don’t plan to live at home.

And even if they do plan to live at home, Lake says they’ll still need to make their own income to pay for things they want beyond the necessities.

“I’m not trying to fund their lifestyle forever,” she says.

According to the same College Ave survey, 53% of families plan to borrow to help pay for college. Families should look at federal student loans in the student’s name first as they offer fixed interest rates and multiple repayment options, including income-driven repayment plans.

If federal loans aren’t enough, private student loans offer competitive interest rates and multiple repayment plans that can fall within a family’s budget. Some parents ask their child to take out student loans for school and offer to help with repayment.

Writer Julie Rains of Investing to Thrive did exactly that. One of her sons had to apply for scholarships and take out student loans so he could attend an out-of-state school.

“I think it’s helpful when kids understand that their decisions have financial consequences,” said Rains. “My son could have attended an in-state school but chose an out-of-state one instead.”

Rains said he had to watch educational videos on student loans before he borrowed the money, but that becoming more aware of the costs and how much he was borrowing turned him from a spender to a saver.

Covering the entire tuition bill for college is not feasible for every family. After all, the average cost of tuition and fees at a public, four-year in-state school is $10,560 for the 2021-22 school year according to The College Board, and the costs for private schools or out-of-state institutions can go up there.

Asking your child to help pay for their college degree starts with a conversation and a game plan of how to tackle costs that current savings and income can’t cover. By having a child chip in, you can ensure they have skin in the game, which can encourage a stronger effort over their college career to get good grades and graduate on time.

What is my EFC?

Scholarships for Graduate Students: How to Find Free Money for Grad School